It has been three years already since we started Dynobase. What a ride!

Today we are releasing Dynobase 2.0. We have shipped multiple improvements, including much better Codegen, a new toolbar in Single-Table Designer, the ability to infer Single-Table Models from deployed tables, and much more!

The ability to generate code from your queries is one of the most important features of Dynobase. We have been working on improving it for a while now, and we're happy to announce that we now support 6 coding languages: TypeScript (both AWS-SDK V2 and V3), JavaScript, Python, Go (both AWS SDK V1 and V2), Rust and Bash.

On top of that, you can now adjust generated code if it should be error handled and typed.

Welcoming experience of the single-table designer hasn't been the best. We've improved it to include a section with recently edited models and models created by other AWS specialists. 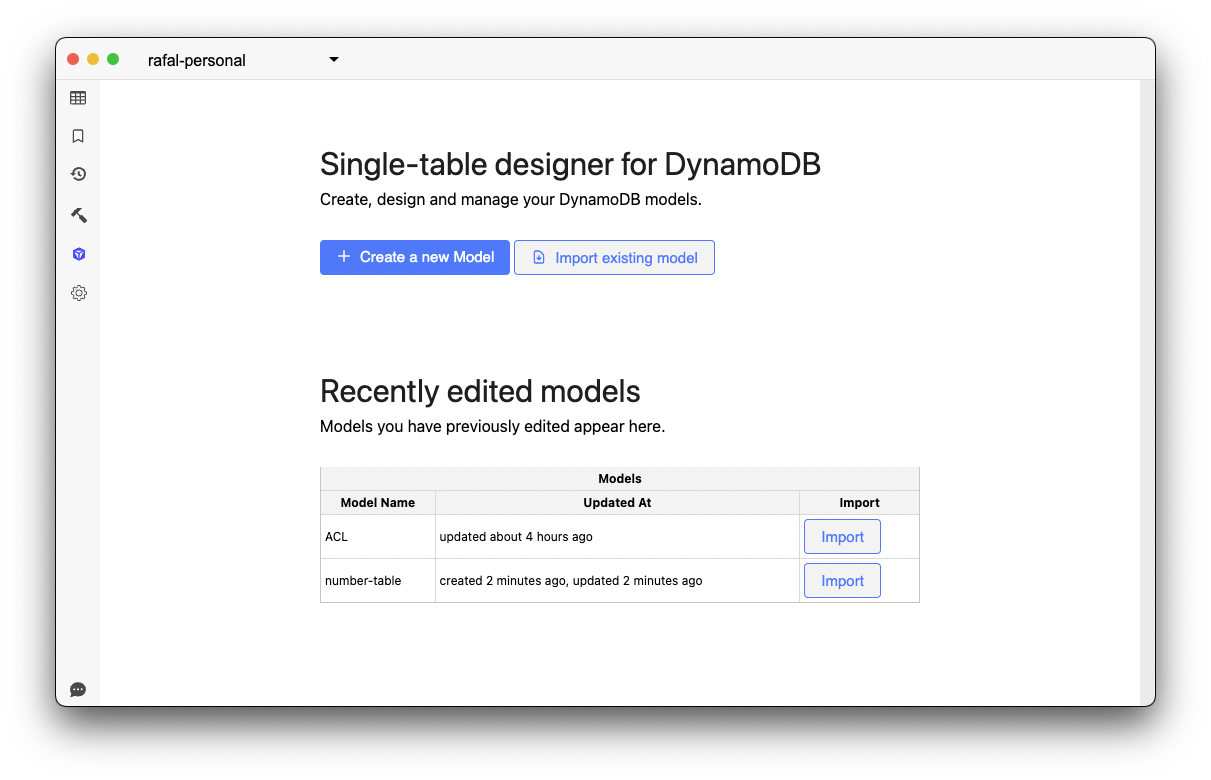 We heard your feedback that the toolbar and querying experience is confusing. We have improved it to be more intuitive and easier to use.

Something that also came up in the feedback is that it would be great if we could infer models from existing tables. We have added this feature as well. You can now import models based on existing tables.

Terminal in Dynobase allows you to manipulate your data and use filtering and mapping features that are beyond DynamoDB's native capabilities. It's basically an escape hatch for the DynamoDB API, allowing you to do with your data whatever you want.

We're introducing two small changes to make editing and running the code in the terminal easier.

First, Dynobase can now beautify your code in the Terminal ✨.

Second, since code in the Terminal can get big sometimes, we have added a feature that allows you to resize your Terminal window.

We have added support for multiple edit item windows in Dynobase. Now you can edit multiple items at the same time without blocking the main UI.

We have made some subtle UI changes to make the experience of using Dynobase more pleasant. We added more hover states, used better icons, and so on.

We have improved our Dark mode. It's now more consistent and more pleasant to use. 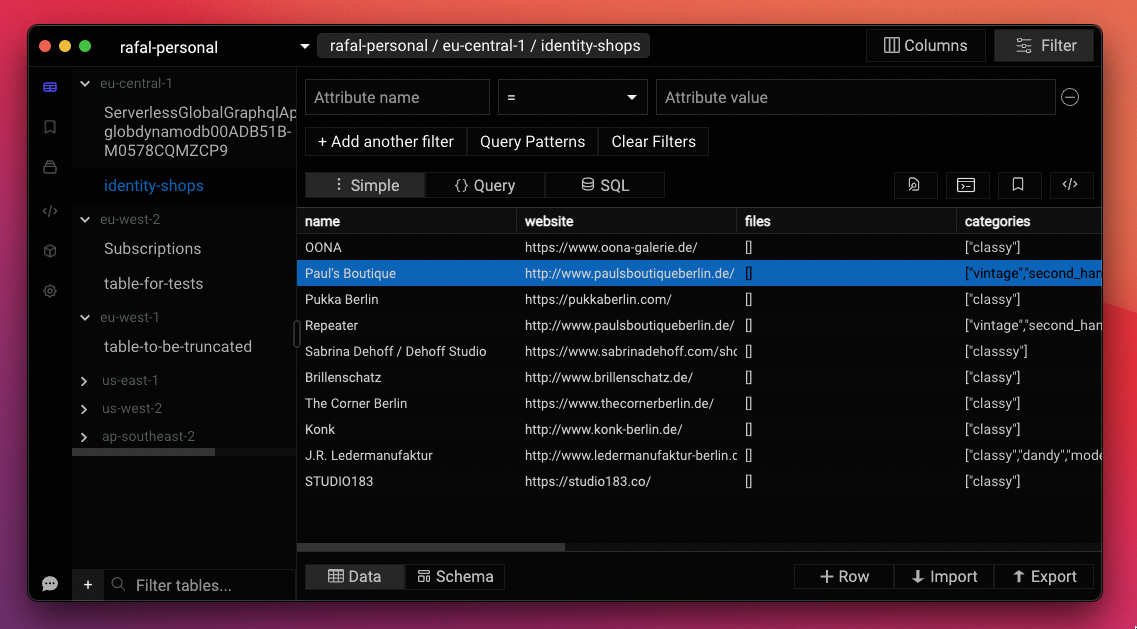 There are also some smaller things.

Sometimes you just want to import a subset of your data. Now in the Import Modal, you can exclude selected columns from the import.

But that's not everything. We've also:

Also, if you haven't been following Dynobase for a while, here's a summary of other notable changes we've shipped in the last year:

You can download Dynobase 2.0 by clicking here. If you've been using Dynobase before, unfortunately, you still need to re-download it. After installing it, every next update will be downloaded automatically.

If you think that something is missing or you have any feedback, please let us know by opening an issue.

We are planning to keep improving codegen and single-table designer. We believe that streamlining the process from designing your data model to generating code will be a huge win for developers, and that will increase DynamoDB adoption greatly.

Our vision is to stop requiring you to write any code to interact with DynamoDB. That part should be autogenerated based on your model, just like AWS Amplify does it, thanks to GraphQL schema.

Thanks, Rafal & the Dynobase team

First 7 days are on us. No strings attached.