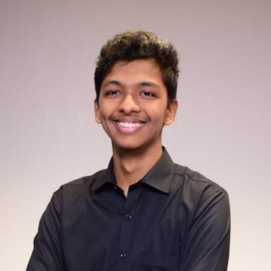 Building mission-critical, demanding applications require a solid, high-performing database. However, the solution may differ depending on where you deploy the application. For instance, you can utilize DynamoDB, a fully managed, serverless NoSQL Database offered by AWS. Then there's Google Firestore, a serverless document-based database provided by Google.

Both database services share similarities, such as their nature of being serverless. However, specific differences between the two services make one service better than the other for certain applications.

Therefore, this article will provide an in-depth comparison between DynamoDB and Google Firebase and present helpful facts about the two services to help you decide the best database for your mission-critical, demanding application.

At a high level, DynamoDB and Google Firestore are both serverless, fully managed services offered by AWS and Google Cloud. It implies that developers do not need to provision a database server but can immediately create a table and consume the service.

Not only that, both database services are NoSQL databases that can support documents.

Finally, both databases are high-speed; DynamoDB can serve up to 100 million requests per day with single-digit millisecond latency, while Google Firestore can serve up to 50,000 document reads per day (on a free plan) with near real-time responses.

DynamoDB utilizes an array of high-performing SSDs to persist data across multiple partitions in a single table. Furthermore, it implements a request router with a hash function that allows DynamoDB to route requests to a specific shard when querying, thus allowing it to limit the dataset to a single shard when it queries data.

The time complexity of this hash function is O(1), meaning that no matter how big the dataset is, DynamoDB can perform the same. It ensures that it can serve requests at a single-digit millisecond latency regardless of the dataset's size.

Furthermore, developers are allowed to achieve single-digit microsecond response latency with the use of DynamoDB Accelerator (DAX).

Finally, DynamoDB can scale up with the increase in demand without developer intervention to ensure that it can perform consistently across varying workloads.

Fundamentally, each item stored in DynamoDB contains a partition key. This allows the request router to route requests to specific shards when data is being queried. Therefore, if the partition keys are used correctly, DynamoDB can effectively spread the incoming load across its partitions, ensuring that specific partitions don't throttle (Hot Partitions) or crash, thus making the service highly durable.

Google Firestore is a highly available service as it offers data replication across two primary levels: 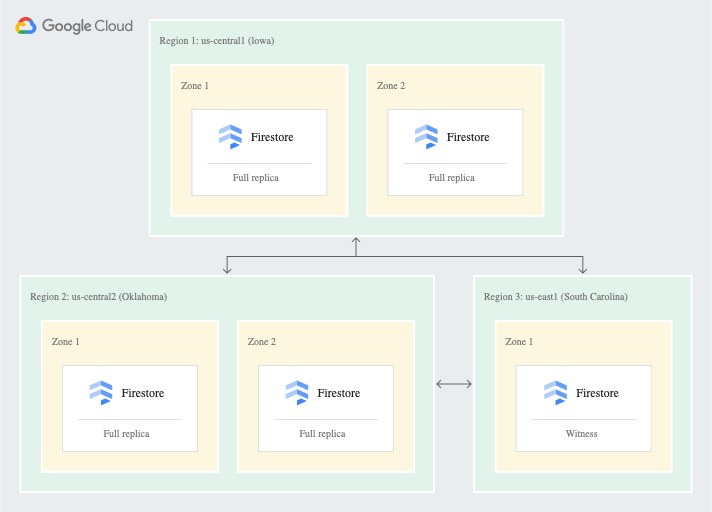 It's essential to select the replication approach carefully. If you choose multi-region replication, there will be a higher read and write latency as data must be synchronously replicated across multiple regions. Therefore, ensure to select the right approach without trading off on performance.

DynamoDB is a highly secure database as it offers security at two levels:

When DynamoDB encrypts data at rest, it utilizes KMS keys to encrypt the data. It provides an additional layer of security for securing the data in an encrypted table. It's important to understand that all the primary table data, secondary indexes, streams, backups, and global tables are secured in this encrypted table. It makes DynamoDB a highly secured database.

Google Firestore provides encryption at rest, as all data is encrypted before it is written to the disk. In addition, Firestore allows developers to configure security rules to offer a more granular approach to data access. For example, developers can implement security rules on a document basis where developers can specify which user can access which document.

DynamoDB allows users to back up their data in two different ways:

Developers can manually set up import/export workflows using Google DataStore to export data on Google Firestore on a periodic basis. However, it's quite complex to set up, unlike DynamoDB.

DynamoDB was built to withstand the demanding workloads of the Amazon shopping site. Therefore, DynamoDB can scale up to serve more than 20 million requests per second.

The O(1) hash function at the request router is a significant reason for this scalability. It allows DynamoDB to serve users of any data size at the same response rate by effectively locating the partition in which the data is present and routing the request to that shard. This reduces the amount of data being scanned by DynamoDB, which allows it to provide single-digit millisecond latency to datasets of over 100TB.

Users can utilize the PAY_PER_REQUEST billing on DynamoDB to allow DynamoDB to scale up and down based on the incoming traffic to serve responses with no performance loss.

Google Firestore utilizes autoscaling behind the scene to scale its resources up and down when needed to help serve thousands of requests per second with over a million concurrent connections.

DynamoDB bills its clients on a pay-as-you-use basis. So, for example, you get billed for reading, writing, and storing data in your table. However, it's important to note that DynamoDB still charges its users separately for services such as DAX and Streams.

DynamoDB has a pricing model, as discussed below.

These are the four main factors that affect pricing on Google Firestore. However, the actual pricing plans differ according to region. Hence, it is recommended that you visit the Google Pricing Calculator to determine the costs based on your preferred region.

DynamoDB is a high-speed NoSQL serverless database offered by AWS capable of generating responses with a single-digit millisecond to microsecond latency.

Its capability to serve extremely demanding mission-critical workloads makes it more suitable for the following:

Google Firestore, too is a serverless NoSQL database. However, it's not able to keep up with DynamoDB with performance. Therefore, its recommended to use Google Firestore when:

This article presented an in-depth comparison between DynamoDB and Google Firestore. Unfortunately, there is no superior database service between the two. The best database for you depends on your use case.

However, if you are designing and implementing highly demanding workloads of over 300 to 400 million requests per day, DynamoDB is the exemplary service for you due to its immense scalability!

I hope the facts presented and discussed in this article will help to select the correct database service for your project.

Thank you for reading!

First 7 days are on us. No strings attached.