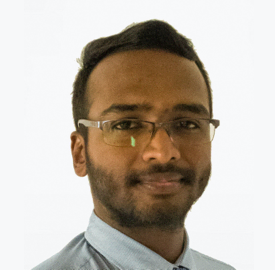 Offered by AWS, DynamoDB is one of the most popular cloud-based NoSQL database services. It provides reliable, scalable, and highly available databases to users with millisecond range latency at any scale.

The Amazon DynamoDB service is a fully-managed database service that allows users to concentrate on building their applications. In addition to that, AWS maintains other aspects such as hardware provisioning, data recovery, fault tolerance, patching, and upgrading the database. So, the customer does not have to worry about the service or the underlying infrastructure running the database service.

Users can send their application logs into DynamoDB and benefit from its fast, reliable, and relatively inexpensive storage. DynamoDB also brings in a unique functionality in its global tables feature. It allows a user to maintain a localized logging database for each multi-region application instance while allowing the data to reside in a single database instance without maintaining individual databases for each multi-region application instance.

If you couple DynamoDB with a well-designed big data analytical platform, it will allow users to enrich data without worrying about resource constraints due to DynamoDB's auto-scaling feature.

In this use case, DynamoDB will store all the metrics from multiple data sources, such as IoT sensors, web applications, etc. The scalable nature of DynamoDB allows users to adapt to the fluctuations of the analytics data being sent from the data sources to manage the data cost-effectively. Native features such as Time to Live (TTL) can also allow users to handle data retention within the database without needing additional tools.

AWS provides DynamoDB Accelerator (DAX), a natively compatible in-memory caching service for the DynamoDB to reduce the single-digit millisecond latency to microseconds. It is made possible by querying the much faster DAX directly when querying the database since the DAX can temporarily hold the most frequently queried items, ensuring that the request does not even have to go to the DynamoDB database.

The DynamoDB Accelerator provides its users the added advantage of reducing the latency for existing databases without making any changes on the application or the database level.

Industries Where DynamoDB Is Popular

Major industries trust DynamoDB to provide their businesses with reliability and efficiency while being cost-effective. Here are some examples of the industries that use DynamoDB and how DynamoDB revolutionized them.

Most multiplayer games require fast and reliable ways of storing millions of records. However, doing these operations at scale is not easy as they require the ability to process enormous amounts of requests per second.

DynamoDB helps save all these analytical and game state records with ease while providing better performance than traditional storage or database options.

DynamoDB tackles these issues head-on by providing state-of-the-art features such as Global Table and single-digit millisecond latency to cut down the complexities of implementing widespread localized applications worldwide.

The entertainment industry relies on its ability to perform complex analytics to identify the likes and dislikes of its customers. Unfortunately, this operation is impossible without processing millions of records per day.

The social media industry requires fast and efficient ways to provide information to its users. This includes sending and receiving messages faster than ever before.

DynamoDB excels at this by bringing in its single-digit millisecond latency to provide access to data that the user requests. The ultra-fast latency bundled with the ability to entirely rely on the service provider to maintain the underlying infrastructure makes DynamoDB a clear winner.

In the retail industry, the term "time is money" is often expressed literally since a single instance of downtime, delay, or data loss may result in the company losing its orders and customers.

DynamoDB makes sure that its customers experience the best in reliability and resiliency by providing data backups and replications to ensure no data loss in case of a disaster. Also, with its low latency levels, DynamoDB ensures that the customers do not experience significant delays while the application processes its data.

DynamoDB brings remarkable capabilities that enable businesses to reach further than they could with other technologies. With its cutting edge design, most industries worldwide are currently benefiting from using many features of DynamoDB daily to serve their customers.

Here are some of the most notable instances where DynamoDB changed how these companies look at their operations.

Amazon Games is responsible for creating "New World,"; an increasingly popular multiplayer online game that reached the markets in 2021. The company has made considerable strides in state-of-the-art technology. Therefore, it wouldn't be fitting if they did not incorporate some of their proprietary systems and services when building this groundbreaking game.

DynamoDB was the perfect fit for saving the game states, which required a high-speed and reliable database service capable of providing single-digit millisecond latency even when processing an enormous number of concurrent requests per second. Furthermore, due to the nature of DynamoDB, the team was able to grow from their test environment to their production environment, which contains over 500 servers without any code changes. As a result of this scale, the game has almost 800,000 game state writes every 30 minutes and performs flawlessly due to the agile and scalable nature of DynamoDB.

Netflix is one of the most extensive streaming services available in the market. It currently caters to around 222 million users on its platform. However, the company's biggest differentiator has been the fly A/B testing they conduct on their viewers without ever hindering their viewing experience. These tests include selecting a random group of users from their user base, dividing them into two groups, and changing certain aspects of the viewing experience; this can be a change to the UI, sign-up process, or any other aspect of the application. Later they compare the engagement between the two groups to decide if the change is a success.

DynamoDB plays a significant role in helping Netflix store and uses the large amount of analytics data that the application generates from its entire customer base. It stores analytics data and allows the company to use this information to decide on the success of each rollout during the many A/B testing.

The Social Media giant Snapchat is one of the many companies that use DynamoDB for its core components of the service. In addition, Snapchat uses DynamoDB to cater to its ever-growing customer base, which currently stands at 319 million users worldwide that post an average of 4 billion snaps per day.

Snapchat uses the provisioned capacity mode functionality to keep up with the fluctuating demands during peak usage periods such as during the holidays. The company also uses DynamoDB's global tables feature to create local instances of their database for the local instances of the application to read from, thus giving them the benefit of faster responses with the advantage of DynamoDB's native single-digit millisecond response times.

Duolingo is a language-learning service that uses DynamoDB to manage over 30 billion items to deliver lessons in over 80 languages. The company relies on features such as high availability to keep its services up and running with minimal disruptions to its customers. Apart from that, that company makes the most out of its high performance, reaching around 24,000 read units per second and 3,300 write units per second.

The transport industry is no short of collecting enormous amounts of data during its daily operations, and it is the same for the United States-based company Lyft. The company facilitates more than 14 million rides per month.

To facilitate the ever-growing traffic to the application, the company turned to more than 100 microservices hosted on AWS to improve the user experience. Lyft uses DynamoDB and its scalable nature to facilitate multiple data stores, including the data stored for all the GPS information that helps function their ride-tracking system.

DynamoDB plays a large part in providing uninterrupted services to its customers. The company uses DynamoDB as a hot storage layer to ingest all their audit logs into more than six DynamoDB tables writing data at around 4,000 to 6,000 writes per second per table. This results in 24,000 to 36,000 writes per second in all the tables combined. The team at Dropbox also now has less responsibility for maintaining cumbersome tasks such as data replication and hardware provisioning.

Amazon Herd is a workflow-orchestration engine that supports more than 1,300 critical workflows such as order processing of Amazon.com and also parts of the Amazon Alexa backend.

The team at Amazon Herd utilizes DynamoDB to run the engine efficiently, while DynamoDB help to keep down latency to a single-digit millisecond.

It also utilizes features such as the global secondary index feature within DynamoDB to allow the creation of lookups and indexes using attributes other than the table's primary key. With the help of DynamoDB, the team reduced their efforts to scale the system from 60 weeks to just 6 weeks.

In this article, I have discussed some of the best use cases and instances where DynamoDB brings excellent performance and cost benefits over other database solutions and real-life examples of where DynamoDB increases productivity in businesses.

I hope you have found this helpful. Thank you for reading!